PRESS TO CALL
Get a free quote

Whether your project is already underway or you’re just starting, Jackrabbit Fabrication has the complete turnkey solutions to a great product.  We offer in-house piping spool fabrication and on-site installation of piping and structural steel systems.  Our customers are accustom to our premium quality, on-time deliveries.

You can always expect the best when hiring Jackrabbit Fabrication to handle your next project! 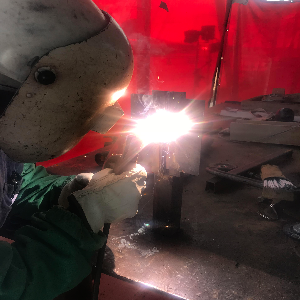 Structural steel welding and fabrication according to design.

All of Jackrabbit Fabrication structural steel welds are made by code certified welders, and we provide all supporting documentation. 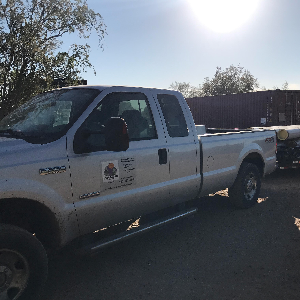 Jackrabbit Fabrication has the crews needed to get the job done right.  Our on-site crew is knowledgeable, dependable, and always keeps safety first!

Equipment and Capacity to handle your project

Our in-shop projects are handled in the shortest time frame because of the relationships we have built our vendors.  Quality welded components delivered on-time. 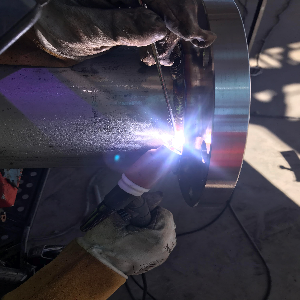 Only our professional certified ASME and API pipe welders handle Jackrabbit Fabrication piping work.  We supply supporting documentation for every piping project of every size.

Jackrabbit Fabrication handles all types of materials, sizes, and thicknesses to suit your needs.  We handle everything from mild carbon steel A105 through the most demanding of hard alloys like P91.  Every project is performed in accordance to the applicable code per design and specification.  We inspect every weld, and use only AWS CWIs to verify conformance to engineering isometrics and shop drawings. 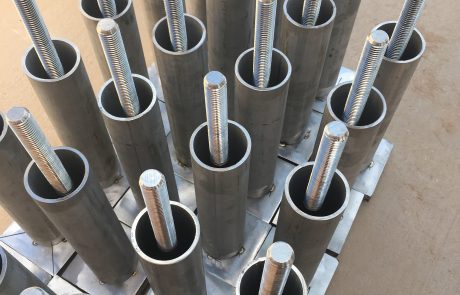 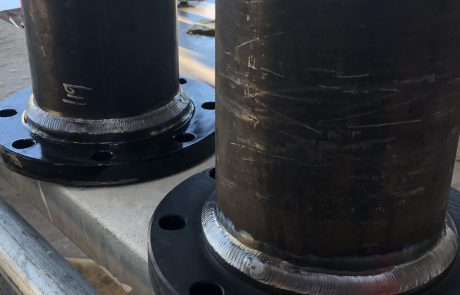 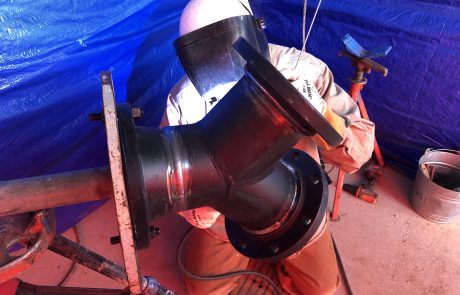 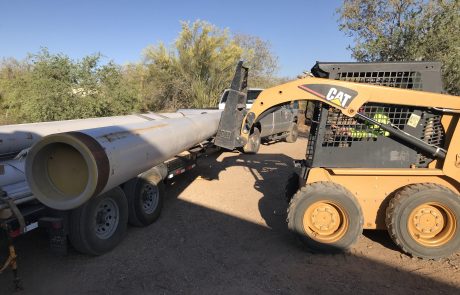 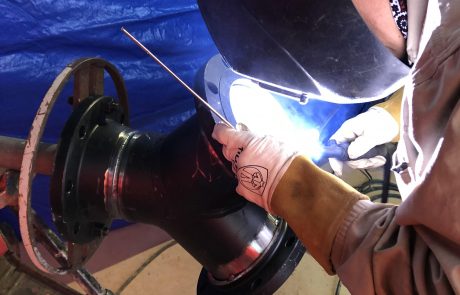 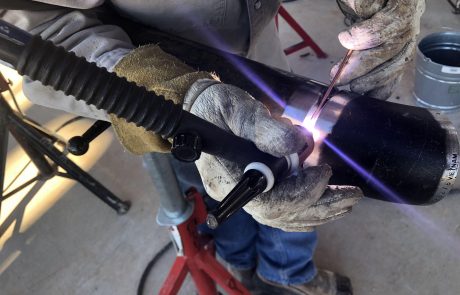 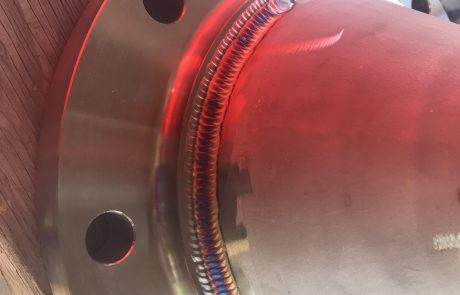 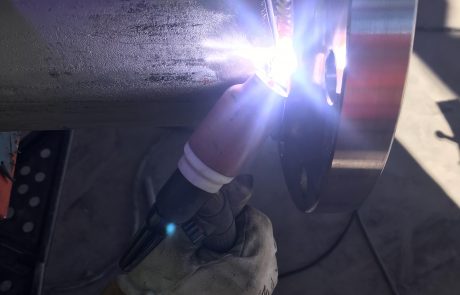 Our first order of priority whether at home, in the shop, or on the job site is safety!  Safety is the top priority and concern for Jackrabbit Fabrication.  Our close second priority is Quality.  We guarantee you’ll be satisfied with the quality product and craftsmanship that goes into every project we handle.  There’s no better way to handle the demanding tasks of your project, than the Jackrabbit way!  With complete turnkey solutions and decades of piping system and structural fabrication, we’ll come up with the best game plan for you!

We provide on point fabrication in our weld shop and precise field welding and fabrication. Whether its AWS D1.1 structural, ASME B31.1, or ASME B31.3, we have the experience.

When we hear standards we think Safety first.  From MSHA to OSHA, we always put the safety of our employees first.  We are all each others brother’s keeper.

The knowledgeable Jackrabbit team adheres to all applicable code welding like ASME, API, AWS, and AWWA.  We know piping and structural installation.

Having decades of experience in the industrial world, our firsthand  knowledge of process, water and steam piping allows us to present the best solutions for your project.

Jackrabbit Fabrication LLC provides amazing services and top notch quality.  I really appreciate the care they put into shipping to ensure your order arrives the same as when it left the fabrication shop.

“…We’ve had Jackrabbit Fabrication from the start of our project.  The knowledge brought by the Jock and his crew was exactly what we were looking for, and they handled the project to our expectations.  We will continue to develop a strong relationship moving forward.”

“Jackrabbit Fabrication has been great to work with.  We were primarily concerned with MSHA safety to begin with.  In the end, we were impressed with Jock and Jackrabbit’s quality and zero safety incidents. We look forward to having them on the next project.”

2020 and 2021 has been a roller coaster ride for everyone.  We take Covid-19 seriously, and according to the CDC guidelines.  Jackrabbit Fabrication protects employees and customers alike by maintaining a sanitary and clean environment for everyone.  Safety is the top priority for our all of us.

Join our growing list of clients such as: Bodell Construction, NPSG Global, and Culver Equipment

For more information about our structural welding and fabrication service, click here.

Jackrabbit Fabrication leads the way with on-time, quality pipe welding, and structural welding support systems. Our stainless pipe welding, pipe shoes, carbon structural support welding, and alloy welding services are reliable and safe. Let us know how we can assist your organization today. Call us today, with any questions you may have.

GET A FREE QUOTE

Only takes a few seconds!

So the first thing you should think about is whether or not this would be a good place to raise your family. As of 2021 there were 554,503 people living in Tucson which is located in Pima County. That means that out of the 1.5 million residents who live here 29% are younger than 18 years old. If you have kids under the age of 18 then you might want to consider moving somewhere close by since Tucson also has one of the lowest amounts of crime for any major city in America. Although you will enjoy being around more people when you go out to restaurants etc. Tucson is still pretty quiet and laid back when it comes to the household atmosphere. This might be a good thing for many people, if you have little ones that don’t like being in big bustling places, to check out the quiet outskirt neighborhoods found on this page. Being that Pima county is 29% of the total population of Arizona then this would make Tucson the second largest city in the state behind Phoenix (just ahead of Mesa), which is located in Maricopa County. It is very comparable to Minneapolis MN though with having 554,503 residents and 239 square miles of land area, it feel like more of a town than a city. I think it’s fair to say that Tucson is a unique city in the sense of its size and demographics.

Apart from raising a family, some other things you might want to consider are the job market and the cost of housing. A recent study found that Tucson is among the best cities in America for finding a job. Whether you’re an entry-level worker, a manager or an executive, there’s a good chance that Tucson has something to offer you. In terms of home prices, as of 2021 the average listing price was $261,752 but this varies greatly depending on which neighborhood you choose to live in. You could find a small (1,000 sqft) starter home for around $100,000 in one area or pay over 1 million dollars for a larger home in a more luxurious part of town. Something to keep in mind is that, even though the average listing price is $261,752, the median sale price was only $231,000. This means that half of all homes sold in Tucson were for less than this amount. Another thing you might want to consider is the property tax rate which as of 2020 was 2.3%.

So if you’re thinking of moving to Tucson AZ hopefully this information has given you a little more insight into what to expect. Check out some of the links below for more information on neighborhoods.